The most famous and the most desirable of all the materials for interior decoration and furniture making, music. tools, flooring, decking board, the basis for expensive jewelry inlay and deservedly is a "Mahogany" under the scientific name «Swietenia mahagoni». 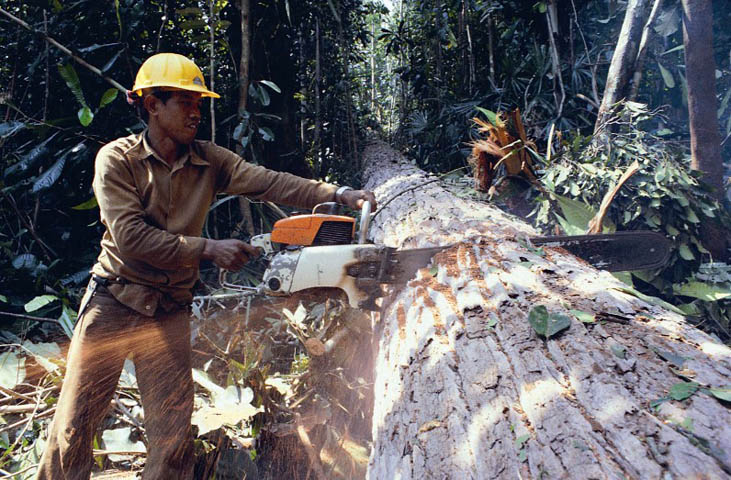 Some 300 years ago, wild forests, where grew long and evergreen Mahogany in copious amounts, were common on the west coast of Mexico and Central America. In the beginning of the twentieth century, the popularity of products from Mahogany has caused almost absolute disappearance of this mighty tree in the Caribbean, and only half a century later the British tried to revive this kind in India and Ceylon.

There are about eight species of mahogany of which the most famous Americans - a rare «Swietenia humilis» and «Swietenia macrophylla» or Honduran Mahogany, almost extinct in nature Caribbean - Swietenia mahagoni (in trade can find Indian, Filipino or Ceylon which planted in XIX- century by the British), as well as Entandrophragma cylindricum or Sapele prevalent in Central, West and East Africa.

Among these species the most affordable is African Mahogany, wood is more uniform than that of "relatives", although the same diverse pattern and shades. Saw cut surface has a well-marked and shine a pinkish hue in the brightest areas with wavy structure. Considered to be the most mature of forty - fifty-year- wood with a light reddish-brown tint on the saw cut to the core of a dark brown,on the surface saw cut gradually darkens, sapwood bright with patterned and textured mottled brownish color.

Decking made from Mahogany not cheap, but it will always have its connoisseur. Product of American mahogany species are extremely stable and biological stability. It is a hard wood with a density exponent 500-540kg\m3 (above average). Woodwork of African Mahogany similar in properties but slightly more complicated in handling because firmly (Brinell hardness 4-4.5).

Decking Mahogany has a unique, wavy pattern, pronounced sheen, rich look, and great resonance characteristics. Sound in rooms equipped with mahogany floors always punctuated and clean. Mahogany board is often used for wall cladding and deck yacht due to firmness to prolonged exposure to water or humid weather conditions. In design decisions by terraced board from Mahogany emphasize special features reception halls for official meetings, tracks for honored guests or recreation areas near the pools, or recreation rooms beside of steam rooms in the VIP areas of luxury baths. Application of decking board from mahogany can be quite varied, any product made of mahogany has a pleasant appearance and attractiveness gives exotic decor.